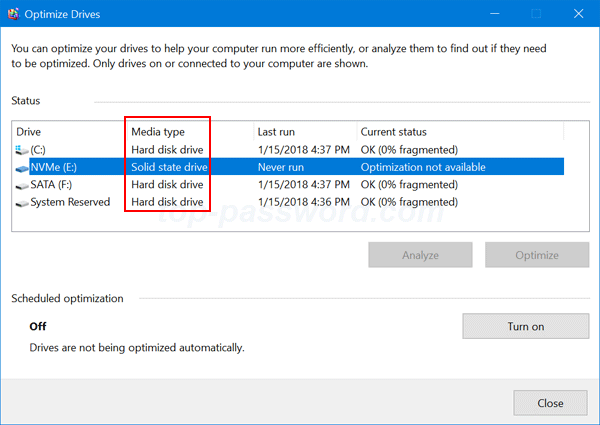 If you want a computer that uses less energy than other types of storage, SSDs are the way to go. They can extend battery life by as much as thirty minutes. They also allow users to run multiple games and apps without any difficulty. SSDs are also much more durable, allowing them to withstand vibration, temperature, and stress. This makes them an excellent choice for rugged environments and extreme circumstances. Another benefit of SSDs is that they are much lighter and less noisy than other forms of storage.

An SSD's read and write speeds are up to five times faster than an HDD. SSDs have no moving parts, which means they consume less power and emit less heat than HDDs. They also operate silently. The best thing about an SSD is that it is almost unnoticeable when in use.

The price of a hard disk drives is closely linked to the amount of data that it can hold, so if you're looking to store a large volume of data, you'll want to go with an HDD. However, if you frequently use your data, an SSD may be more cost-effective. There are some advantages to both types of drives, and this guide will give you an idea of the best options.

HDDs are cheaper than SSDs, and a 1TB model is currently available for less than $35. However, once you go above 4TB, the prices of SSDs start to climb and become prohibitively expensive. The reason for the cost gap is that SSDs have higher capacity than HDDs, and they can be more expensive once they reach that size.

Although SSD prices are coming down, they're still too expensive to replace terabytes of data. Cloud storage also costs money and is not available everywhere. In the meantime, local storage will continue to be the best option until wireless internet becomes widespread and cheap. By then, we may have better options.

When deciding between a hard disk drive (HDD) and an SSD, you have to take a few things into consideration. The first is reliability. Both HDDs and SSDs have different lifespans and can be damaged by heat and environmental factors. HDDs can also be susceptible to magnetic distortion. An SSD, on the other hand, does not have these problems.

Both types of storage are relatively reliable in their early years. However, as the storage ages, the rate of failure increases. In most cases, a user should replace a storage device before the failure rate reaches that point. A few consumer-grade SSDs can last up to 700 TB of write/read operations, but fewer than two pentabytes of data can survive that much.

Although it is difficult to estimate exactly how long an SSD will last without failure, the average lifespan is around ten years. However, this figure depends on the user's use and the model.