The Pros and Cons of LED TVs 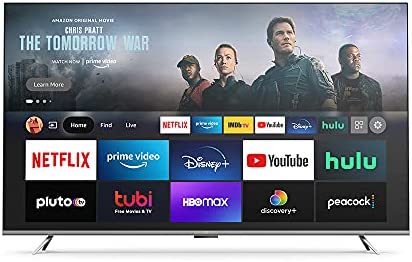 When you're looking for a new TV, LED or OLED, there are a number of things to consider. For instance, a LED TV uses less energy than an LCD model. Another benefit of an LED TV is that it produces more realistic and sharp colors. The downsides of an LED TV, however, are limited.

While LED TVs have many benefits, they are inferior to OLED TVs in many ways. One major difference is the color spectrum. While LEDs have a good apparent contrast ratio, they have a limited range of colors and degrade when viewed from extreme angles. While OLED televisions are able to correct this problem, they still suffer from a few drawbacks.

OLED TVs are brighter and offer more contrast than their LED counterparts. Some models even use quantum dots to improve color accuracy. This means that you get more contrast, more color volume, and a brighter picture. Although both OLED and LED televisions support HDR (High Dynamic Range), OLEDs offer a wider range of colors.

OLED TVs are also more expensive, but they are also more durable and last longer than their LED counterparts. These televisions offer superior picture quality, are more energy efficient, and have the widest viewing angles. Although they are more expensive, OLED TVs are becoming more affordable. Nonetheless, they have a short lifespan, about 8-10 years compared to 13 years for LED TVs.

OLED televisions use far less power to create brightness than LEDs. This means that they are able to be thinner than their LED counterparts. In addition to thinner and lighter, OLEDs are also better at displaying dark blacks.

LED-backlit TVs use LED lighting to backlight the picture display, which makes them more energy-efficient than older LCD models. They also have a local dimming feature, which deepens on-screen blacks and reduces energy use. Another innovation in television screen lighting is organic light emitting diodes (OLEDs), which have lower power consumption than LED screens but are still brighter than LCDs.

LED TVs are more energy-efficient than conventional LCD televisions, and they're thinner and lighter than their conventional LCD cousins. They also consume up to 50% less power than LCD models. A typical 50-inch plasma TV consumes around 150 watts of power during normal operation, and a typical LED model uses about two-thirds of that amount.

The size and brightness of a TV play a major role in power consumption. Increasing brightness from minimum to maximum settings increases consumption and costs. Even lowering brightness to 50% doesn't exactly halve the energy use, because other parts of the TV are still using energy. Some ways to lower energy consumption include setting the backlight to a low level or placing the TV in a dark environment.

The size of the screen and resolution can significantly increase energy usage. A smaller screen and a lower resolution will save power. LED TVs will be more energy-efficient as their capabilities increase. By knowing the size, resolution and picture brightness of a television, you can calculate how much it will cost you in electricity over a year.

LED TVs use a tiny light source called an LED to create images. They have more realistic and sharper colors than CCFL-backlit LCD TVs. LED technology has a long history, dating back to the 1960s, when scientists worked with a semiconductor chip to create a positive-negative junction.

LED TVs also consume less power and have better contrast than standard LCD TVs. Moreover, they are thinner and have higher picture quality. LEDs can produce different colors and are capable of dimming, so you can enjoy more realistic blacks and whites. Also, LEDs provide better viewing angles than conventional LCD TVs.

Contrast ratio determines the brightness of a picture and the amount of detail in black-to-white shadows. Test the contrast by displaying a picture with a lot of white and black areas. You can also tweak the contrast by changing the color temperature, sometimes called color tone.

Another important feature is the refresh rate. A higher refresh rate means the screen updates more quickly and can be used to display a larger amount of content at once. This also helps reduce blur in fast-moving events. A 120Hz refresh rate is standard for new TVs, but there are also some higher-end models that can go up to 240Hz.